Coastal erosion can be either:

Coastal erosion becomes a hazard when society does not adapt to its effects on people, the built environment and infrastructure.

Significant episodes of coastal erosion are often associated with extreme weather events (coastal storms, surge and flooding) but also from tsunami, both because the waves and currents tend to have greater intensity and because the associated storm surge or tsunami inundation can allow waves and currents to attack land forms which are normally out of their reach. Heavy rainfall can also enhance the saturation of soils, reducing the soil's strength, and increasing the chance of slope failure (landslides).

The most vulnerable areas along the coastline are beaches, dunes, sand cliffs and the shores of coastal lakes and lagoons.

The most vulnerable coasts are those made up of unconsolidated sediments, such as beaches, dunes and sand cliffs, on open coasts that experience net longshore drift of sediment and on the shores of coastal lakes and lagoons.

The Smartline national dataset maps record the location of those coastal substrates and landforms that have greater or lesser sensitivity to potential coastal impacts of climate change and sea-level rise (IPCC 2013), such as accelerated erosion and shoreline recession, increased slumping or rock fall hazards, changing dune mobility, and other hazards. 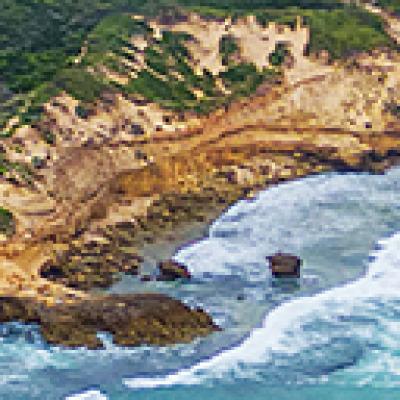 What is Coastal Erosion?

Do you know what Coastal Erosion is?

Clarence Valley Council is not responsible, liable and cannot guarantee that any data, information, and materials contained through this platform are accurate, current or complete. All requests should rather be directed to a data authority.